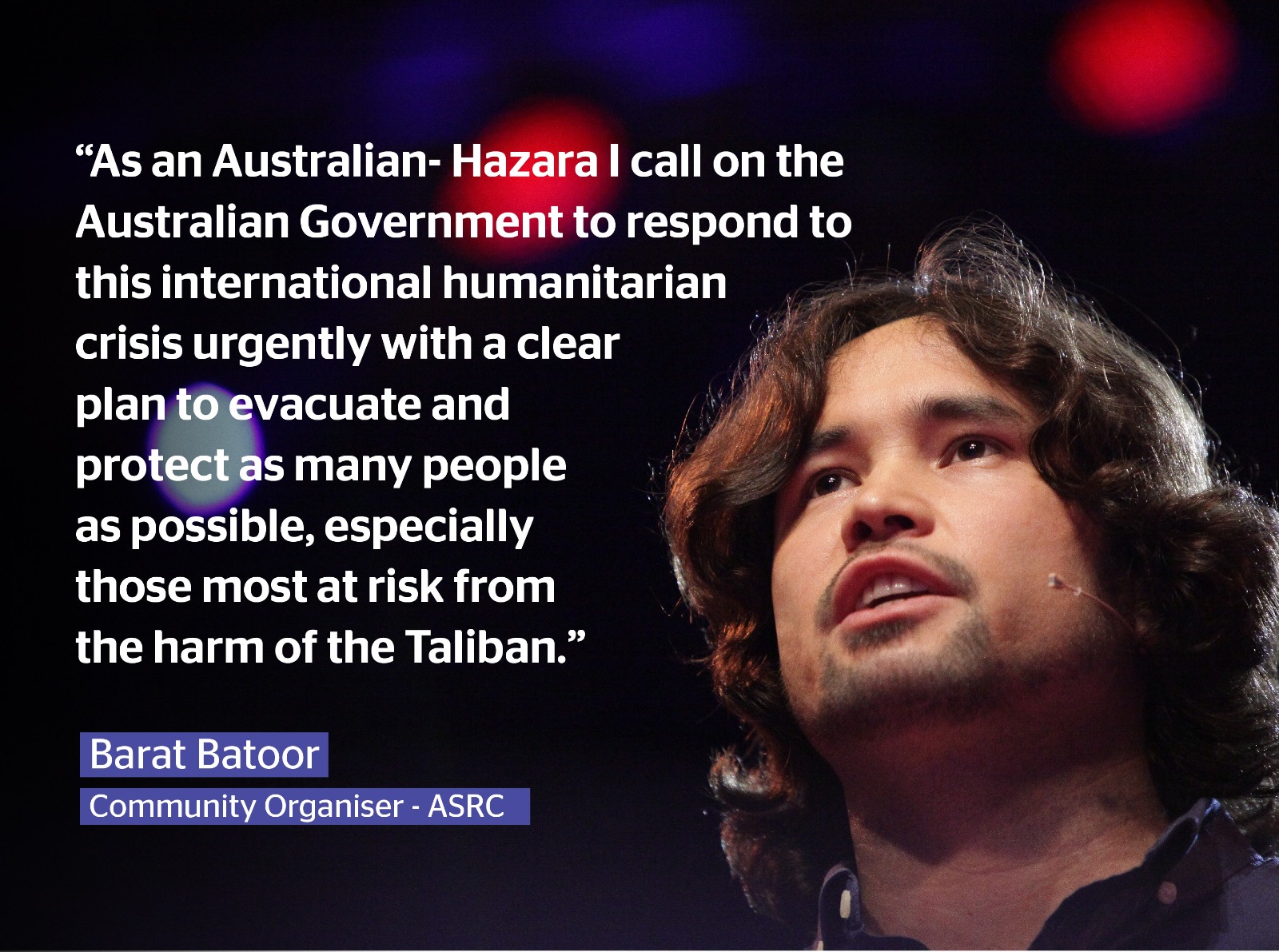 The news in Afghanistan is deeply distressing. Many people rightly fear for the safety of women and girls, ethnic and religious minorities, and those who supported Australian and other international forces.

You can make a difference by putting pressure on the Australian government to provide safe passage to people fleeing the Taliban. Please take urgent action now.

The Australian government needs to do everything it can to help those fleeing the Taliban. This includes:

Take action and call for the Australian government to act now to provide safe passage to those fleeing the Taliban.

* We hold special concern for those who are at the greatest risk from the Taliban such as women, Hazaras, Sikhs, Hindus, Shias, Christians, members of LGBTIQ community, members of  civil society, and journalists.