Roof Over My Head

Thousands of vulnerable people, including families with children will be cut off from the most basic income support, leaving them at risk of homelessness.

Income support has already been cut for those notified. On 9th August they will lose all access to SRSS, including case management on the 16th August.

Up to 12,500 people nationally, including families with children are at risk of losing all income support. The cuts will impact the elderly, fathers, mothers, young people and children who are part of our communities, workplaces and neighborhoods.

They could stop taking medicines, skip meals, not be able to feed their kids, take exploitative jobs, and are at high risk of mental health deterioration.

People seeking asylum, whether by boat or plane, often need support to survive in Australia while their claims for protection are being processed. These highly vulnerable people are often unable to work, haven't had work or study rights and need income support as a safety net while finding a job or training to build their skills that will lead to employment.

In recent years, people have been supported through the Status Resolution Support Services (SRSS) program. The program provides a basic living allowance (typically 89% of Newstart allowance or $247 per week), casework support and access to torture and trauma counselling. The Australian Government is now planning a drastic reduction in the Status Resolution in the program.

Join a powerful community movement, including refugee service organisations working together to call on Malcolm Turnbull to retore the Status Resolution Support Service (SRSS) - sign the petiion and we will deliver your signatures to the PM. 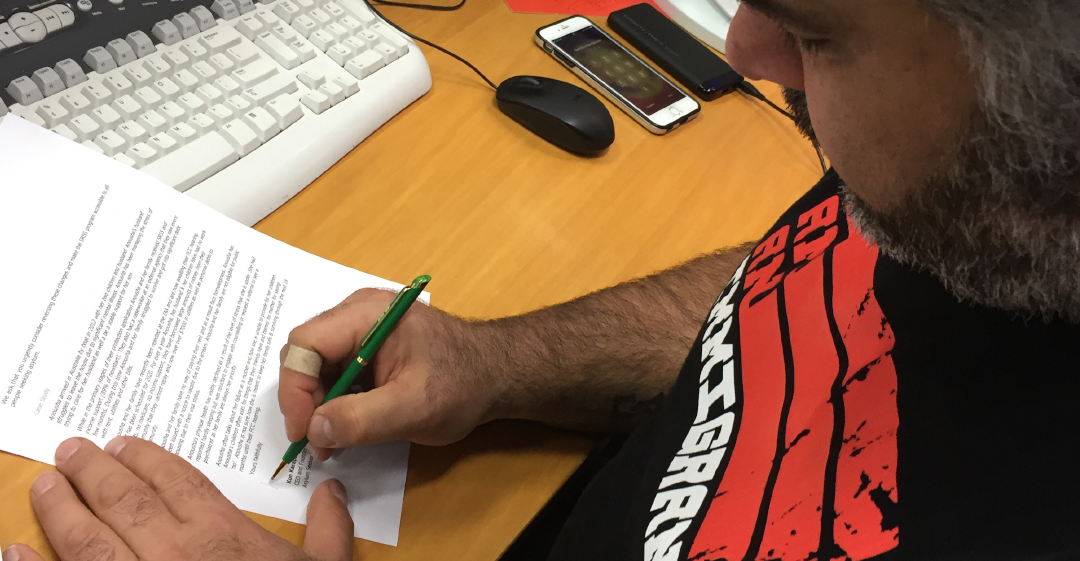 Help us reach 3,000
2,619 signatures
By submitting, you may receive occasional updates from the ASRC, in accordance with our privacy policy.